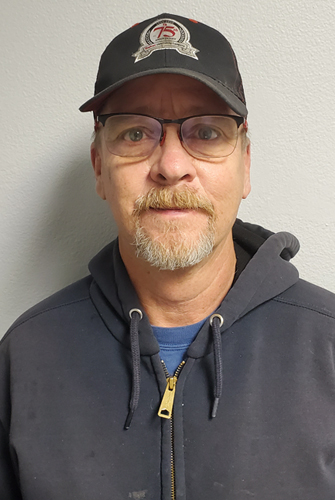 Leo was born and raised in a small town in western Nebraska. He moved to Texas in the late 70’s and shortly thereafter joined the United States Navy for 4 years. After the Navy he returned to Texas and started a family. Leo has 3 adult boys and one grandchild. He moved to Colorado Springs in March of 2018 to be closer to his grandchild. He says, “It’s amazing the hoops you will jump through for 30lbs of terror.” He tries to see all of his children and his grandchild as often as he can.

Leo started in the HVAC field in 1985. He has attended many manufacturer schools either at their plant or their off site classrooms as well as online classes. He has the knowledge and the experience to handle all of your Residential, Commercial, Industrial, Building Automation or Refrigeration needs. He has many certifications and all required licenses to operate in the chosen field in any state. His favorite skill in HVAC is building automation stating, “It’s amazing what you can do with a few words or characters.”

Leo has had many hobbies and interests throughout his life. His present hobbies are golf, paintball, and “beating up his grandson”. (kidding of course) Leo likes active hobbies and is not well versed to sitting around. He owned/operated and taught 2 Tae Kwon Do Schools for 12 years before leaving his schools to his black belts to run and own. He has a fascination with (as his kids put it) “worthless knowledge” but he says that knowledge actually comes in handy. He finds it is easier to meet and talk with people from many different walks of life, when he has some sort of knowledge of their interests or hobbies.

We pride ourselves on being ta true A to Z company. We handle everything form design, engineering, installation, service, and ongoing maintenance needed throughout the life of the system.